The Story of Tipsaver: Meet Brad, the Man Behind the Ultimate Spray Tip Storage System

At Millin, we get to sell some pretty special brands and products. One of these is the Tipsaver — a clever product designed in the USA by Brad Feyereisen, a painter who saw an issue and resolved to come up with a solution.

‘As a career painter, my exposure to solvents has been significant over the years. I fancy myself a spraying specialist and have relied on my spray-related equipment daily for my entire career,’ Brad says.

‘When I started out in the early ‘90s, I often wondered why we had to put our hands in lacquer thinner to retrieve spray tips. For years I said to my coworkers that “they” should invent a storage solution to make retrieving tips easier — until one day it occurred to me that maybe I could be “they”.’

Brad’s first step was to design and test several dozen prototypes over a few design sessions that lasted well into the night. Once he landed on his final design and turned his intent toward manufacturing, he began the process of securing a patent.

‘I knew this was a first-of-its-kind product and that it would turn some heads out of the gate,’ he says. ‘Securing the patent was daunting but absolutely imperative — and I knew it was the bridge to manufacturing.’

Made of steel plates with a centre nut and bolt to hold everything together, the first Tipsaver model sold rapidly at Brad’s local paint stores. But in 2008, the economy tanked, and sales began to slow. 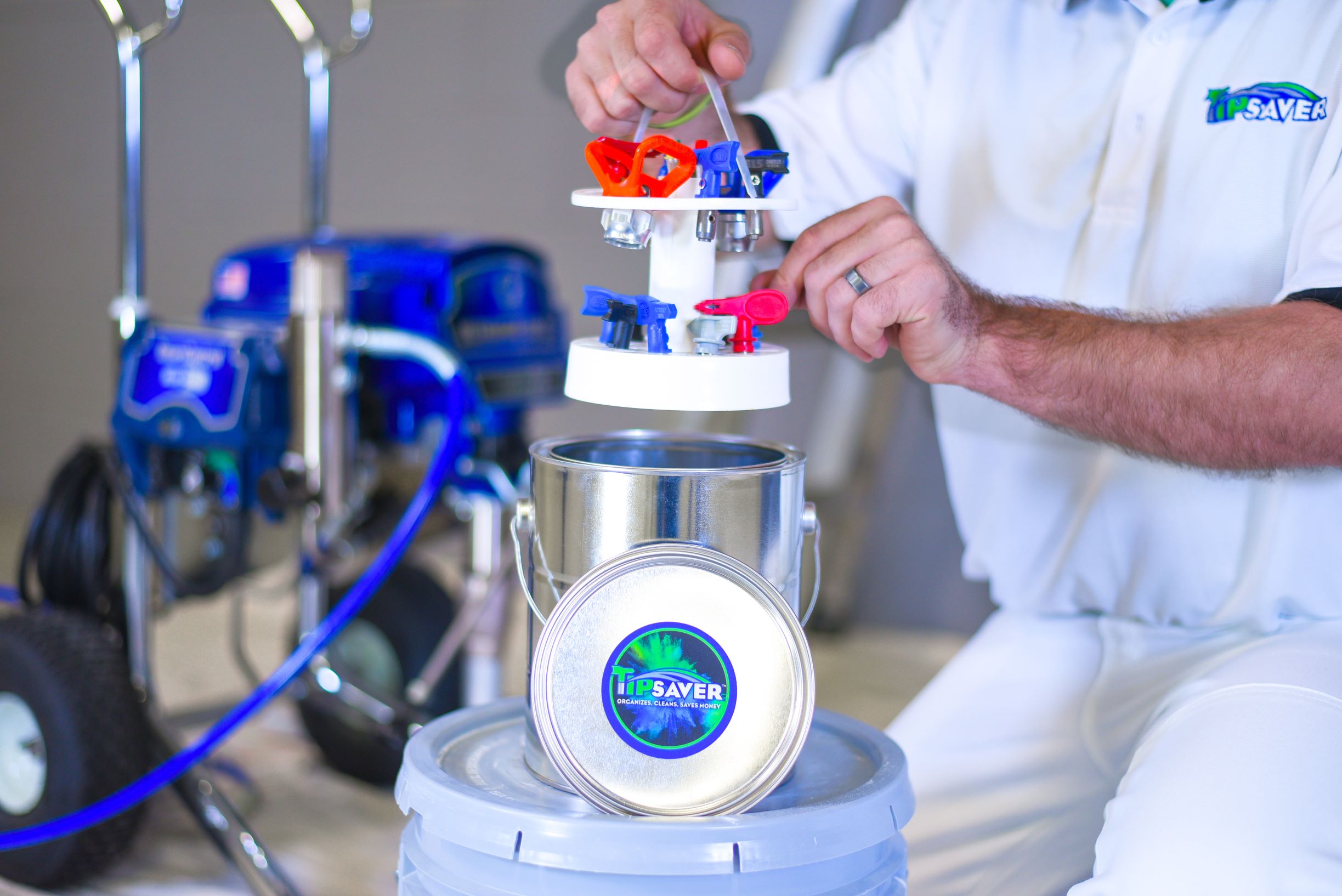 ‘As a painter with very little sales and marketing experience, I had no idea what to do,’ Brad remembers. ‘The next several years brought meagre sales while I tried to keep my painting company afloat in what was an incredibly difficult time for many contractors. Years passed without doing much with the Tipsaver, and then I decided to take another run at it.’

For this new era of the Tipsaver, Brad decided his invention needed to be a plastic device that could resist caustic solvent and hold all spray accessories rather than solely tips. The upgraded version — which can now contain tips, housings, and fillers at once — is an altogether better model that also raises the bar in professionalism and aesthetics.

After redesigning the Tipsaver for a newer, more sophisticated market, Brad decided to pursue a career pivot and sold his small painting enterprise.

‘I called the local painting company where I’d started my career, and they graciously accepted me back,’ Brad says. ‘A year later, after purchasing Tipsavers for his own crew, my employer asked if he could help me out with my dream. I was amazed and thankful for the offer, and I knew we’d make a great team.’

Shortly after Brad entered into this new partnership with Matt Wasche (Owner of Wasche Commercial Finishes), the Tipsaver took off, exploding from local mainstay to nationally recognised to internationally sold within months. Thanks to a clever Instagram marketing campaign courtesy of Business Administrator Jodi Levessuer, the Tipsaver’s sales skyrocketed, and the team made valuable connections with Sherwin-Williams, PPG, and other distributors.

‘As I sit here today and feel grateful and excited, I also realise there’s still so much work to do — and that’s what really keeps us grinding away every day,’ Brad says.

And the grind is certainly paying off. Tipsaver is succeeding across the globe, and Alpha Products has just launched a new item called the TS-99. Specifically formulated to use with the Tipsaver, the TS-99 is an earth-friendly, minimally odorous solvent that aggressively attacks paint without being harsh on your skin.

We’re proud to support such impressive innovation here at Millin. For more information on the Tipsaver and the TS-99, get in touch with me at 021 434 724 or matt@millin.co.nz.